Step up your energy with Reflexology 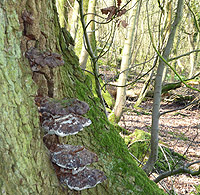 Reflexology is a method of activating the natural healing powers of the body. From ancient texts and illustrations it is known that early Chinese, Japanese, Indians and Egyptians worked on the feet to promote good health.

Today many of these same techniques have been developed into a modern scientific process called 'The Ingham Method of Foot Reflexology'.

Working on the principle that all the major organs of the body can be treated by massaging specific energy points on the foot, Reflexology may be used to help the body to relax and revive energy, thereby allowing the natural healing process to take place.

Reflexology induces deep relaxation thereby improving circulation, thus enabling the body to cleanse itself of toxins and impurities, revitalising energy levels, relieving pain and bringing balance to the whole system. Reflexology is a wonderful way to treat yourself gently. It may be used as a treatment or as a preventative.

A Treatment to have you Walking on Air

A treatment will last from 45 minutes to 1 hour. Following a treatment you may feel as if 'walking on cushions of air' for a couple of days. Please do not eat a heavy meal before your appointment.

What are the Benefits?

Over a number of years it has been observed that clients have gained significantly from three consecutive treatments of Reflexology spaced 2/3 weeks apart. Several clients have obtained complete relief from Migraine Headaches - specifying that attacks have become less severe, with more days between attacks.

Some clients have gradually reduced their use of asthma inhalers and their breathing has become easier and deeper over a process of three to six sessions of Reflexology.